A Week of Fish and Fire

Welcome to Klamath News, a weekly round-up of stories coming out of the Klamath Basin.

This week was big for fish and fire. Tribes practiced cultural burning and shared their knowledge with burn practitioners from around the world. Commercial fishermen and women fret about the upcoming season, and Regina Chichizola from Save CA Salmon astutely notes that praying for rain is a poor substitute for a water management plan.

If you make it through the news of the week, there are some additional resources down below to explore.

This newsletter is being compiled by the people over at Suits and Signs. If you have any recommendations for news stories or for how to improve this newsletter, feel free to reach out to info@suitsandsigns.com.

Research by the Karuk Tribe of Northern California aims to build resilient food systems in the face of droughts, wildfires, and extreme weather.

The national wildlife refuges in the Klamath Basin, along the Oregon-California border underwent a historic drought this year. Those refuges are a critical stopping point for up to a million birds during peak migration. What does it mean for birds to have broken links along this avian highway?

For tribes, 'good fire' a key to restoring nature and people

‘We can’t just pray for rain’: Tribes, conservationists call for action to save salmon – Times-Standard

Klamath River tribes and conservationists have called upon the State Water Resources Control Board to establish permanent instream flow requirements for the Scott and Shasta rivers, two of the Klamath River’s largest tributaries, in an attempt to save threatened salmon species.

Ongoing drought conditions have only exacerbated the impacts to already strained fisheries. Charlton Bonham, director of the California Department of Fish and Wildlife, said the current drought is “the worst I have seen in my career.”

The season is turning. It’s time for prescribed fire, the good fire that helps prevent wildfires.

It’s America’s biggest dam removal project. But can farmers, Native Americans, and salmon all walk – or swim – away happy? 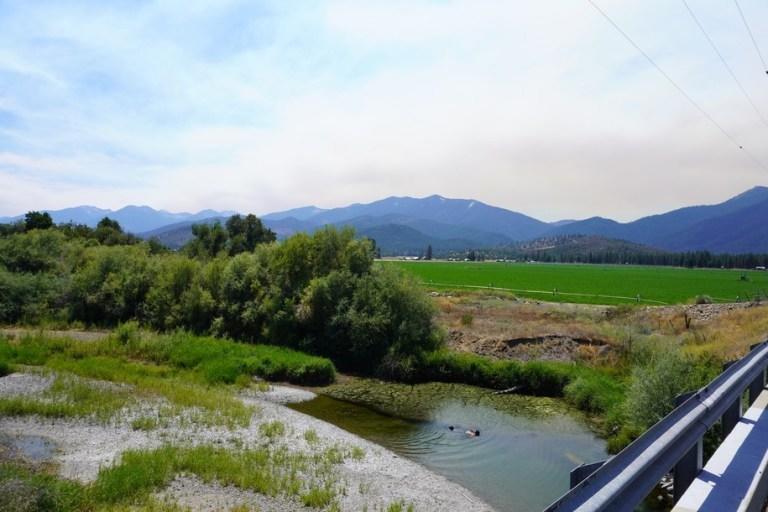 Yesterday, Save California Salmon, the Pacific Coast Federation of Fishermen’s Associations (PCFFA), and 12 California environmental organizations joined Klamath River Tribes in asking the California State Water Resources Control Board to establish permanent instream flow requirements for the Scott and Shasta Rivers, two of the Klamath River’s largest tributaries, according to a press release from …

Listen to this episode from Changing The Climate on Spotify. Welcome to episode one of Changing the Climate, This episode is all about Good Fire. Thank you for joining me, your host, Richard Bednarski. In this episode, I speak with Craig Tucker, a natural resources consultant for the Karuk tribe in Northern California. He has worked alongside them for over 20 years, mostly focusing on restoring the health of the Klamath River and its watershed. However, as the fire crisis has become more severe, the Karuk asked him to switch gears and help with the policy work around fire. In our conversation, he talked about the idea of Good Fire, also known as prescribed fire, or cultural burning. Notably what hurdles prevent the reintroduction of fire, what various aspects of bureaucratic red tape there are, and how the fire crisis has become a social justice issue.

California, Hoopa Valley Tribe try to save salmon and a way of life | Reuters

California Department of Fish and Wildlife officials are completing an unprecedented effort to save more than 1 million Chinook salmon, a campaign that also may help preserve a way of life for a Native American tribe.

In Case You Missed It...

A story map that moves through the complex history of the grassroots campaign to Un-dam the Klamath River.

The first accounts of the presence of salmon in the Upper Klamath Basin came from John C. Fremont. In 1846, Fremont recorded in his journal that he obtained salmon from one of the Indians at the outlet of Upper Klamath Lake. Fremont noted, “Up this river the salmon crowd in great numbers to the lake (Upper Klamath Lake), which is more than four thousand feet above the sea.”

No spam, ever. We'll never share your email address and you can opt out at any time.